Father Adam is a graduate of Benedictine College in Atchison, KS and from Mundelein Seminary in Chicago.  He was ordained a priest May 24, 2014.  He was assigned as parochial vicar of Prince of Peace Parish in Olathe and chaplain of St. Thomas Aquinas high school after his ordination.  In 2016, he was assigned pastor of Holy Angels Parish, Garnett, and St John the Baptist Parish, Greeley, with pastoral responsibility for St. Rose Philippine Duchesne School in Garnett.  In 2018, he was assigned pastor of Divine Mercy Parish, Gardner.  He has two sweet dogs, Eve and Grace.  We are blessed to have him as our spiritual father!

Deacon Vince was ordained June 20, 2020.  He is retired after 40 years as a Distribution Manager.  He is a Spiritual Director for the Legion of Mary at Divine Mercy Parish.  He also enjoys working with inmates at the local, state, and federal prisons.  It’s rewarding for him to see the inmates’ spiritual growth.  He has 3 adult daughters and 5 grandchildren (Kellen, Karter, Henry, Avery, and Owen) that keep him busy!  He loves the staff and parishioners of Divine Mercy Parish!  Deacon Vince is a blessing and we are fortunate to have him serving at our parish.

Deacon Jason was ordained June 20, 2020.  He has worked as a financial planner since 1999.  He is one of the founding board members of F.I.R.E. men’s ministry, as well as sitting on the CFNEK Board and the Vitae Foundation Board.  His most important Vocation has been his marriage to Kristee (1999) and then being a father to their three children, Kaitlyn, Luke, and Mia.  He enjoys deer hunting, racquetball, and cycling when he has the time.  He says that the best parts of being a deacon are baptizing babies and proclaiming the Gospel at Mass.  He is a great blessing to our parish.

Maria earned a degree in education from Illinois State university.  Maria moved to Kansas in 1997 and worked as business manager for the Youth Symphony of Kansas City. Maria moved to Gardner in 1999. Before coming to work at Divine Mercy she stayed home to raise her sons.  She has worked for Divine Mercy for the past decade in the formation department and recently moved into administration.  She has been married to Shawn since 1999 and they have two sons, Josh (2001) and Nick (2004).  Maria is the heart of our staff and we’d be lost without her!

Nely was born in Michoacan, Mexico.  She moved to the United States in 2004 with her parents and siblings. Nely married Sergio in 2006 and moved to Gardner.  They have two children, Israel (2007) and Nely (2008). For 10 years, Nely worked on the production team for a large heavy equipment company in the area.  She taught Religious Education here at Divine Mercy prior to joining our staff in 2020.  With our ever growing Spanish speaking population, having Nely here full time has been a gift. She is a great asset and blessing to our parish!

Jody joined the Divine Mercy staff in 2018.  He is a Veteran and served in the US Marine Corp.  He retired after 36 years from being a Customer Service Manager in the Printing Industry.  He is a very skilled woodworker and owned his own business for 5 years designing and building outdoor furniture.  He has also owned and managed a Taxidermy Business.  Jody has a very strong mechanical skill set and loves to fix stuff (which benefits us greatly).  His hobbies include hunting, fishing, scuba diving, and flying. He loves nature and spending time outdoors.   He has been married to Kathy since 2001 and has an extended family of 3 daughters and 5 grandchildren.  Jody is such a gift to our parish!

Zach graduated from Gardner Edgerton High School in 2013.  He has worked at Divine Mercy for the past 6 years.  He lives in Gardner with his lovely wife Kelsey and their dog, Duffy.  Zach is a quiet but mighty addition to our staff.  He works very hard taking care of our two buildings and we are blessed to have him here!

Garrett grew up on the East Coast, but has lived many places across the U.S. and Canada. He graduated from Ambrose University in Calgary Alberta with a Bachelors in Christian Studies and Theology. For many years he was a travelling missionary and Protestant pastor in the Nazarene Church. Garrett, his wife Mary, and their oldest son, (who was 8 days old at the time), came into full communion with the Catholic Church during the Easter Vigil in 2017. Soon thereafter he began working at St. John Paul II in Olathe, Kansas as their Youth Director and in Summer 2020 began working full time with Divine Mercy. The Benney family has continued to grow, and now has three boys, Samuel Ebenezer, James Ignatius, and Paul Ambrose. He is excited to see families engage with their faith and watch them take the Gospel everywhere they go.  Our parish is blessed to have Garrett lead our youth and help them on their faith journeys.

Laura, a life-long Catholic, moved to Gardner in 2001 with her husband, David and their 4 children.  Through a friendship/mentorship with Deacon Dan Petersen, she expanded her faith and love of Jesus and in 2013 became a staff member of Sacred Heart Church/Divine Mercy Parish.  She obtained a Certificate of Catechesis from The Maryvale Institute Birmingham in 2013 and completed certification in The Catechumenal Ministry (RCIA) Track through The Catechetical Institute at Franciscan University of Steubenville in 2019.  Laura is such a gift and blessing to our Parish and always has a smile to share with everyone!

Gina earned a bachelor’s degrees in Elementary and Special Education from Benedictine College in 2005.  In addition, she holds a masters degree from Emporia State University in Adaptive Special Education.  Gina taught at Anderson County Junior/Senior High School for two years before moving to Gardner in 2007.  She taught in the Gardner-Edgerton School District for 15 years.  In April 2022 she joined the staff at Divine Mercy Parish.  When not at work she enjoys spending time with her husband Scott, three kids, Natalie, Bre, and Kaden and two pups.

Patricia (Patty) Winters was born in Gardner Kansas and received her First Communion and Confirmation at Sacred Heart Church here in Gardner. She graduated from GEHS in 1967 and married Fred Winters in 1968. They have been blessed with three children, Shannon, Chad, and Ryan. They have six grandchildren and one great grandchild. It has been a blessing for her to serve the Parish as a Catechist, VBS and a preschool assistant over the past 10 years and she recently joined the Parish staff as Childcare Coordinator. Patty is a blessing to all she works with and especially to the children she cares for!

David Bremer grew up in the Archdiocese of Cincinnati and has been involved in music ministry since grade school. He moved to Kansas City in 2001 and has since been music director for several area parishes, in addition to spending several years as a staff organist at the Cathedral of the Immaculate Conception in Kansas City, MO. He believes in a pastoral, ministry-focused approach to music ministry and is proud of all the cantors, accompanists, choir members, and instrumentalists at Divine Mercy Parish. He has a 19-year-old daughter currently in college and a miniature pinscher dog named Buddy. In his free time, he likes to travel and explore national parks.  We are blessed to have David’s musical leadership and talent on our staff!

Kristee is a graduate of Purdue University with a degree in Psychology and has worked as a project manager for a logistics company since returning to the workforce after raising her three children.  Kristee and her husband, Deacon Jason, are both converts to our Church.  She enjoys spending time with her family and friends, and is involved with several ministries within the Church and her community.  She is new to the staff at Divine Mercy, working part time as our Director of Communications.  Kristee is a kind and energetic addition to our staff. She brings a spark of light into our office and a coffee if you need one!

Jessica Beyer is lifelong Catholic, wife, and mother of two children. She studied fine art, animation, and creative writing at Missouri State University, worked two years in a digital marketing firm, then felt the call to serve in rural Catholic communities with her husband, John. In 2021 they moved to Gardner and became parishioners at Divine Mercy Parish.  She strives to share the beauty and joy of our faith, and build up others in their vocations!  We are blessed to have Jessica’s sweet and creative presence on our staff! 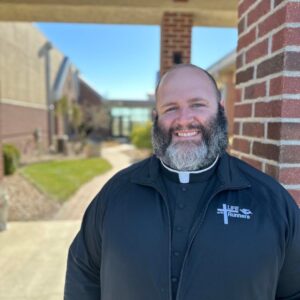 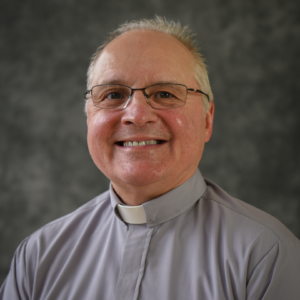 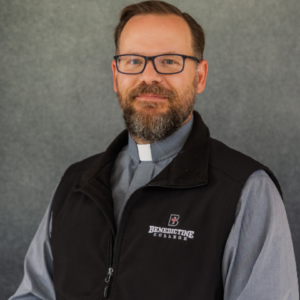 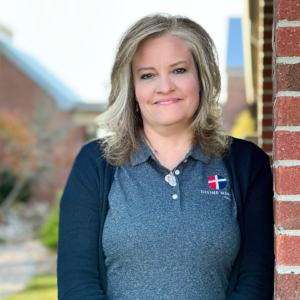 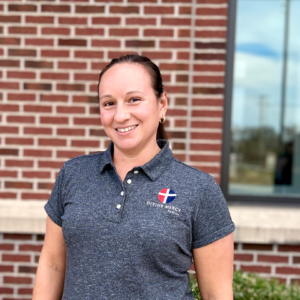 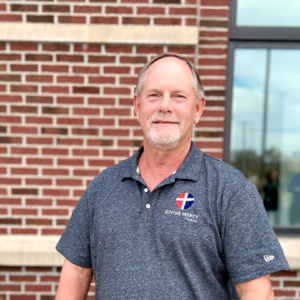 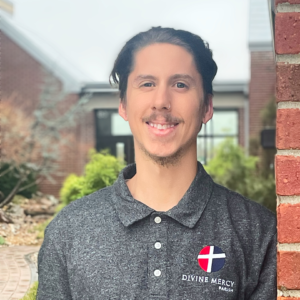 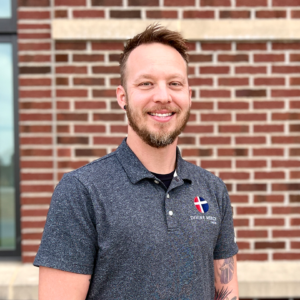 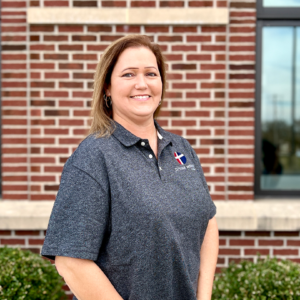 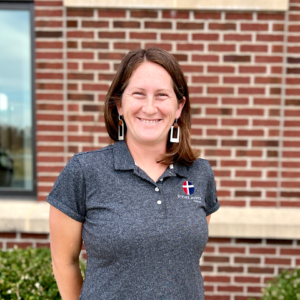 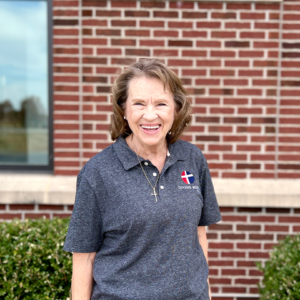 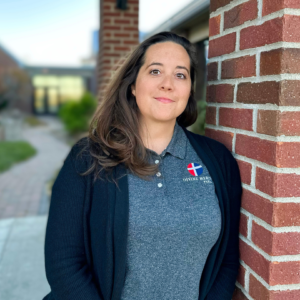 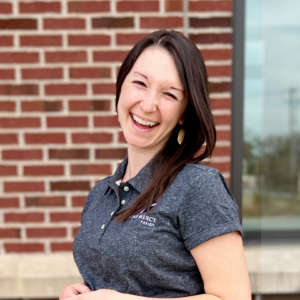 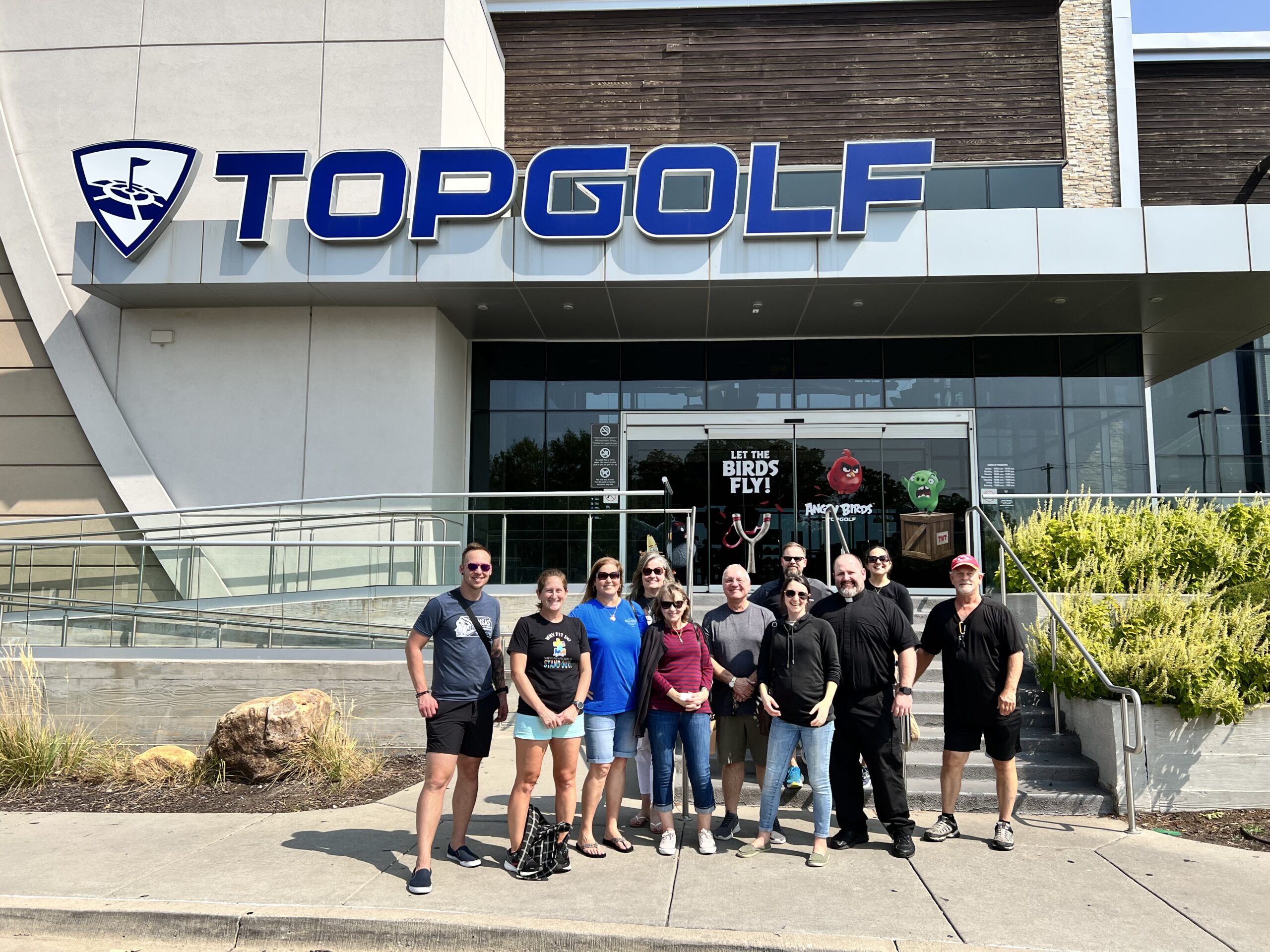